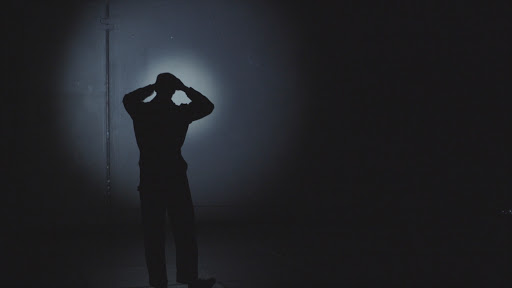 Mohan (62yrs) is a father of two children residing in the Northern Province. He was amongst the audience when FRC conducted an awareness programme in his village, and through that, sought FRC’s services. He was registered for medical, physiotherapy and counselling services at FRC.

During the initial counselling sessions, he was observed to be emotional while stumbling over his words. He would talk with his head bent wearing a sad expression.  He stated that he was suffering from guilt, and that he had body aches. He also wore untidy clothes and unkempt hair and beard. Through rapport building, Mohan revealed that he was kidnapped by an unidentified group and tortured in 1984 and re-experienced similar incidences on four separate occasions.  He also was attacked by the in 1988 and was forced to be on guard on a shift basis for the paramilitary group ruling the area amidst the conflict, in 2007 to 2009.

In order to gather an understanding of his family dynamics and home environment, the Psychosocial worker (PSW) of FRC visited his house before drawing out a treatment intervention plan. Poverty was evident, but he has utilized his small plot of land for paddy cultivation and to grow a few tomato plants that he used for cooking his meals. The PSW praised him for his utilizing the resources he had. Later, the Client Intake Form assessment was done, and it was identified that he suffers from guilt, sadness, anger, body aches, and lack of motivation. He also had very poor self-care.

Mohan spoke of the many dreadful memories that the conflict had brought including being showered with shell pieces instead of rain; having no secluded place allocated for lavatory purposes, having to resort to using open spaces to reveal themselves while concealing their face to avoid embarrassment; witnessing decayed bodies in an unidentifiable state; smell of decay, mourning cries, people desperately searching for their loved ones through the chaos, birds feeding off human flesh and babies breastfeeding without realizing their mothers’ are dead. He couldn’t forget the pleas to be saved by the many people injured during the bomb attacks while he was running to escape death. Mohan reflected that he lost the humanity that he had once possessed and now lives with guilt, questioning the reasons to why he survived the conflict.

With great difficulty, he revealed the various means of torture that he experienced when he was captured such as beaten by heavy sticks; trampled by his captors’ shoes which has now damaged his hearing ability; beaten until he accepts a crime he hasn’t committed while they displayed weapons in front of him in order to intimidate him and threatened the safety of his family and denied him from seeing them. He was given a safe place to express the feelings he has been holding back on where he sobbed that the conflict has affected him drastically, both physically and mentally. He stated that he was neglected by his children and in the brink of poverty. He was taught a breathing technique to help him relax and the PSW encouraged him to practice using this technique everyday, so that it would be easier for him to adopt it when he is feeling distressed.

It was observed that Mohan harbors a lot of guilt that he couldn’t save those who were pleading to be saved amidst of the many shelling attacks. The guilt was addressed within the session, by the PSW providing Mohan with a better understanding of the nature of guilt. The PSW worked with him to attribute the proportionate amount of guilt to all responsible parties through a guilt pie chart. Through this activity, he was able to understand that if he was not physically unfit after the torture that he had experienced, he would have been able to support some of them. he also acknowledged that everyone was running for cover without stopping to save anyone, and therefore he cannot be solely responsible for leaving them behind.

Moreover, he reflected that previously he had difficulty managing his anger, but grew quiet and passive after being captured and tortured. However, this change resulted in people commenting that he is “not being a man” and “is weak”. This led him to be frustrated about his inability to be as physically strong as he was earlier. This frustration had led him to losing his temper in several occasions that left him with regret later. Therefore, psychoeducation on anger including its impact and an activity that involved identifying the triggers and weighing the pros and cons of losing his temper on those particular situations were done. Together, Mohan and the PSW discussed several coping methods with the hurtful comments of others.

Mohan complained of his difficulty of staying asleep and stated that would stay up worrying about poverty and past events. Also, during the home visit, it was noticed that his bedroom window has no way of being closed, which led him to often feel insecure. Therefore, to give him a sense of security while sleeping, it was suggested that he covers the windows with some form of board. The PSW also gave him education on sleep, and discussed the impact of having sleep disturbed. Sleep hygiene techniques such as skipping afternoon naps, eating and drinking on time were also discussed.

Mohan was observed to have low self-esteem as a result of his traumatic past experiences. Therefore, his PSW supported him to identify his strengths, skills, support system and obstacles through an activity. Through many exploration, he began to believe in himself and believe that God has kept him alive because his wife has no one to take care of her. He also realized that he had a passion for rearing goats.

When Mohan’s twelve counselling sessions at FRC drew to an end, he was observed to be much happier. He made an effort in maintaining a clean appearance, made eye contact while talking and commented that although, he could not forget what occurred during the war, he was able to feel that the burden he had been carrying around has been lifted. His medical and physiotherapy sessions drew to an end in after four consecutive months. He was also referred to another local organization for further physiotherapy sessions as he required extra sessions for his body aches. As the referral was through FRC, the organization provided Mohan free services.

He was also provided goats as a source of revenue through a livelihood project implemented by FRC. Mohan was also educated about the economic provisions given to elders by the government and was referred to the local Social Service Officer.

The Community Volunteer also reported that he is now participating in community events, attending his clinic appointments regularly, taking care of his goats and is observed him to be happily engaging in his daily activities.

* Mohan is pseudonym used for the client.